Bodylines Beauty Salon is owned and run by Katy Scott who is a qualified Beauty Therapist, Electrologist and Piercer with 30 years' experience in the Beauty Industry.

Katy grew up in the village of Chipstead, Sevenoaks and was educated at the Weald of Kent Grammar School for girls, taking an active interest in art and music, playing the Oboe in local music groups and orchestras. After completing an Art Foundation course at Maidstone College of Art she went on to gain a BA(Hons) Degree in Three Dimensional Design at the University of Northumbria at Newcastle.

She then retrained in 1991 as a Beauty Therapist  and Electrologist at Bretlands Beauty Training Centre in Tunbridge Wells, gaining CIBTAC and the International CIDESCO qualifications. On qualifying, Katy worked in High Street Salons in Kent and Surrey, as well as at Ragdale Hall Health Hydro in Leicestershire, and added further qualifications such as Aromatherapy, Reflexology and Advanced Electrolysis to her portfolio before opening her own Salon in Chipstead in 1994.

The business which started from scratch, expanded its clientele rapidly, so much so that after two years, the salon moved to a much larger premises in Holly Bush Lane, Sevenoaks, and six years later its success enabled Katy to buy her own premises at 28a Holly Bush Lane from where she still operates at her small, bijou studio.

Katy has continued to update her skills throughout this time, adding many other qualifications to her initial Beauty Therapy training. She is a member of the British Association of Beauty Therapists and Cosmetologists.

Bodylines Beauty Salon has been at its third and current location since 2002, and offers treatments in a personal and relaxing environment.  A range of beauty and grooming treatments is available including: 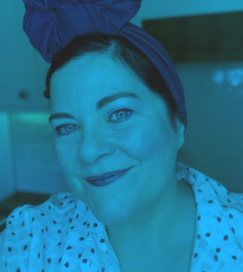